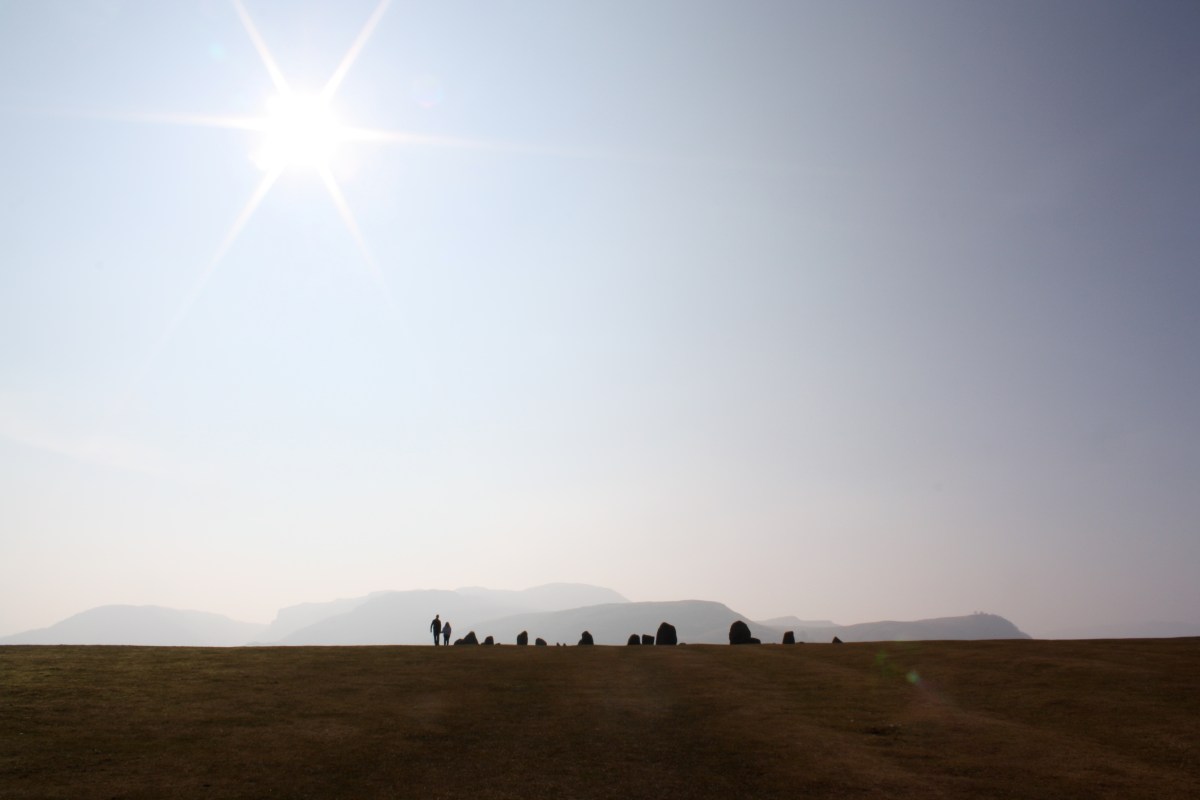 Somewhere roughly mid-morning on my third day in the UK, as an all too common haze lingered over the moors, I found myself winding up an alleged two-way road just south of the A66 near Keswick. My day had begun hours earlier with another 730am wake-up call. But the story I wanted to tell you started even earlier than that. Fifty years earlier, actually.

It was 1963. The Beatles debuted their first album and James Bond began his decades-long lesson in the perfect martini. A young president was assassinated and a young King marched on Washington. AT&T gave us the push-button phone and a southern governor wrote his chapter in history with his proclamation, “Segregation now! Segregation tomorrow! Segregation forever!”

A tumultuous time. But amongst all this a young teacher in a small English schoolhouse had an idea. An idea to help her young students learn about a foreign place and engage with the world around them. Fifty years ago in that teacher’s classroom sat a young girl by the name of Hillary. Her small hamlet had recently been twinned or sistered with a town of similar size, make and industry in France. To celebrate this new union and exchange, the teacher decided to partner her kids with similarly aged students in the corresponding French village. And a relationship was born. A pen-pal relationship that would carry on for the next fifty years. It continues still.

So on the fiftieth anniversary of the first letter, Hillary’s childhood pen pal came to England for a visit. Now, I’m sure you can appreciate that after five decades of letters, there would be little “catching up” required, so Hillary had given no small thought as to what she and her husband could do with their guests for the week. That’s when it occurred to her. Castlerigg. That’s where I met her.

In the lake district of northern England, just outside the village of Keswick [pronounced (KEZ-ik) – thanks, Kristen) in the county of Cumbria there is an ancient stone circle. Castlerigg, measuring roughly 100 feet across, was built over 5000 years ago. Now, somewhere around the year 1980, my Nanny caught a picture of my Papa running through the stones. That’s why I was there.

I almost missed my first turn off the A66. Either it was not well marked or the single sign pointing out the left turn was the first one I’d noticed. I then began the climb up into the hills following the markings for the half-dozen or so more turns. And suddenly I was there. No fanfare. No giant markings or flags. Just a few parked cars, a gate, a fence, a few placards describing the history of this place, and a slow rise to the hilltop on which stood the stones. Now, I can still remember my impressions of Stonehenge when I first visited there almost 17 years ago. So many people and tour groups. Buses and cars. The constant flash of cameras. A highway so near and visible, the constant drone of traffic a backdrop to a hectic and frenzied visit. But Castlerigg.

Walking up the gentle rise, you are immediately struck by the peace of the place. Sitting atop its hill, surrounded by valleys, which themselves are surrounded by even higher peaks. You feel held. Swaddled maybe. Protected and sacred. Sheep grazing on the land around you. The air chill. The haze refusing to be burned away by the weak, early-spring sun. I took some time to soak it all in. I could have spent the rest of the day there breathing with the mountains. 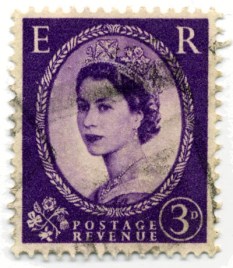 But after some time I needed to get my shot and get on the road to London. Now, when I said my Nanny caught a pic of Papa running through the circle, I use the word “running” loosely. Hopping maybe? I’m really not sure why he appears to be moving in such a loping marionette sort of fashion. As though the strings of his handler had been photoshopped out. I set up the camera and tripod. Aligned the shots with the stones. Then I got started. Set the timer and run through the circle. Set the timer and run through the circle. Set the time…well you get the idea. Each effort worse than the one before. Awkward arms and knees high. I got myself laughing so hard trying to recreate this already awkward picture. It was then that I met Hillary and heard her story. You see, Hillary was laughing, too. Not with me unfortunately. But at me. Let’s be clear. She was standing just out of shot and just outside the perimeter of the stone circle with a small white dog on a leash. I felt compelled to explain myself as she gave me her most bemused expression. Next thing I knew we were standing over my computer, itself propped on one of the stones, inspecting the image of Papa. That was when she told me her story of how she came to stand there that day, her husband and friends walking about in the distance. She then said something that really stuck with me. “It’s amazing that we never come up here. It’s so close, but it took a friend from far away to bring us up. It’s so beautiful.”

That really got me thinking. Here I was a quarter of the way across the globe from home, running through an ancient stone circle. And while I was thrilled to be there, Hillary got me thinking of all the things that make home amazing. All those things and places that we pass and never take notice of. All the stone circles close to home that you only take the time to acknowledge when someone from away comes to visit. Man, we move. Our lives are busy and the demands on our time many. Travel is something we’ll do “some time”. And time exploring the world around us something saved for another day. Now, I understand it’s not always practical to take off to foreign places. Families. Jobs. Commitments. But what’s close to you? What is your Castlerigg in the mountains? What is the thing or place that makes where you call home so unique and special. Because you know there’s something. Maybe every once in a while, it’d be worth it to be a tourist…at home.

So go explore and enjoy your Castlerigg.

By the way, I opted for a walking picture instead of one of the failed running ones. Figured just because he looked silly didn’t mean I needed to as well . 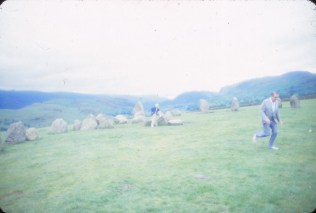 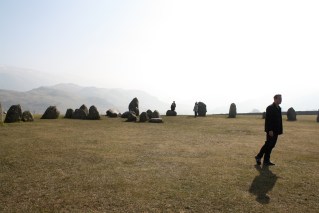 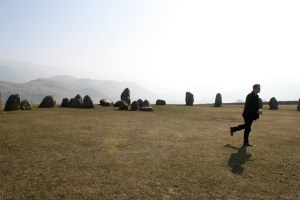